My Son is as Big as a Fire Truck Wheel

Last week, Brendan got to go the fire station and take a tour for a friend’s birthday party and it was a dream come true for him. 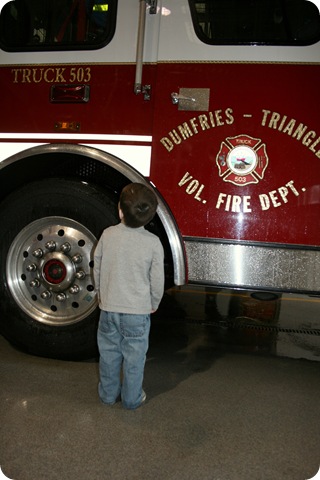 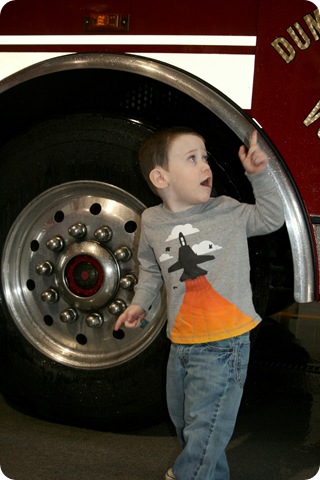 Brendan loved the tour and the firemen were super nice. There were a zillion little kids running around but they managed to keep them entertained and under control (for the most part). 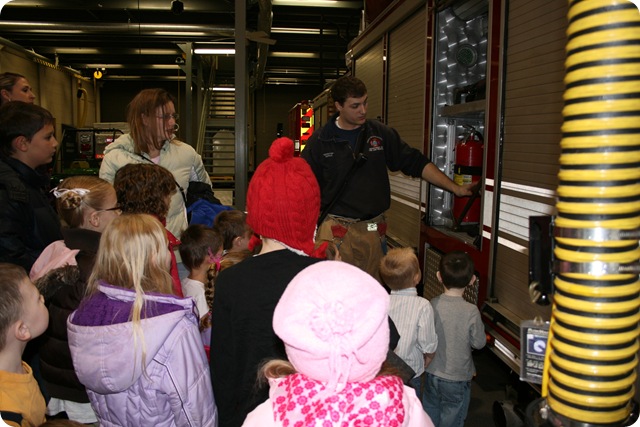 Brendan somehow always worked his way up to the very front of the crowd so he could get up close and personal with the fire truck. He had no shame about pushing other kids out of his way and I was dealing with the beginnings of a cold, so he got away with a lot that day. 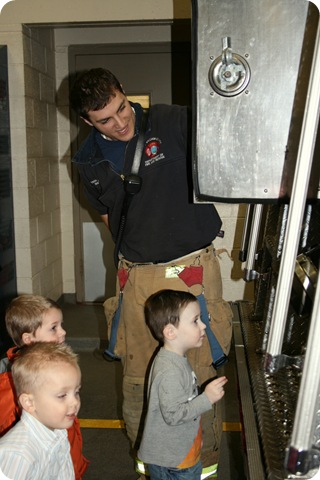 Brendan also asked “what’s that?” about every 2 seconds. Those fire trucks hold a lot of equipment and Brendan was fascinated by it all. 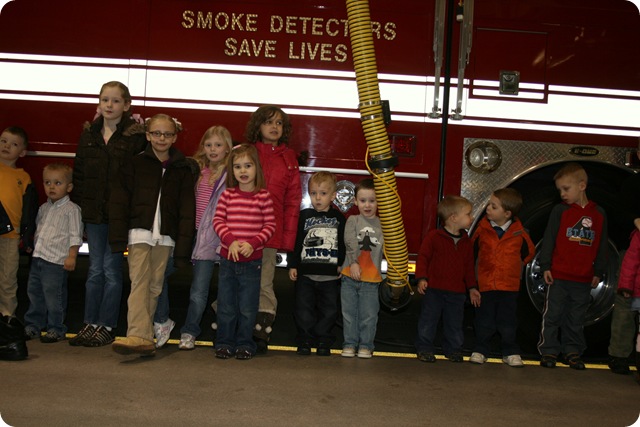 Brendan got a bit angry when the tour took us to other parts of the station that didn’t involve the trucks but luckily the tour ended by letting the kids walk through the cabin of one of the engines. Brendan managed to sneak back in line to go through twice and he would have gone three times if I hadn’t stopped him.  It was definitely his favorite part.

It was a super fun activity and luckily we got to do it before the blizzard hit us. Best birthday party ever! 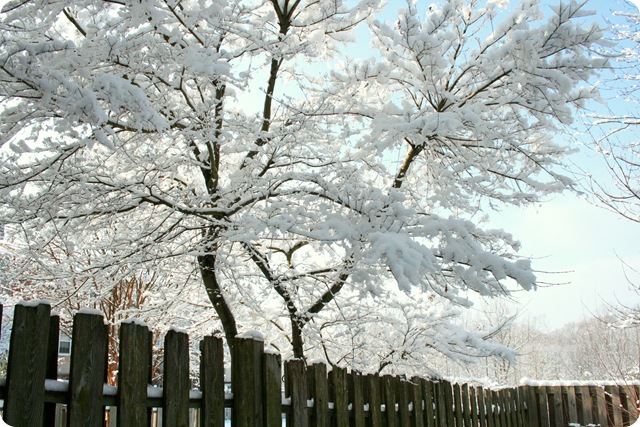 Earlier this week, we had a snowfall of just a couple inches but this weekend it’s blizzard-like conditions out so we are snowed in. 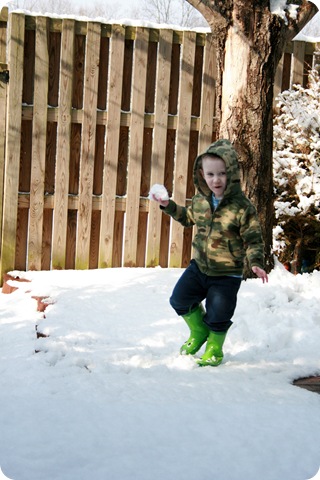 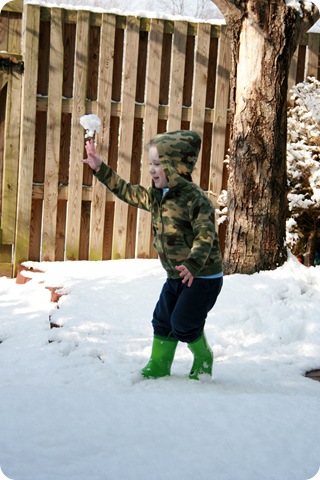 Brendan’s been enjoying the snow and now that we have a couple of feet for him to play in, I’m sure that he’ll be out there as soon as possible once the storm dies down. The snow started yesterday afternoon and it’s supposed to continue snowing all day today so we are stuck in the house all weekend. Chris’s work told their employees to work from home Friday and Monday so at least he’s home with us- Brendan has been loving all the time he’s been getting to spend with his favorite buddy. Hopefully we’ll be able to get out and enjoy some of the snow tomorrow but for now I’m trying to find activities to keep us busy and entertained. Our first winter in Virginia has definitely been surprising! I wasn’t expecting all this snow! 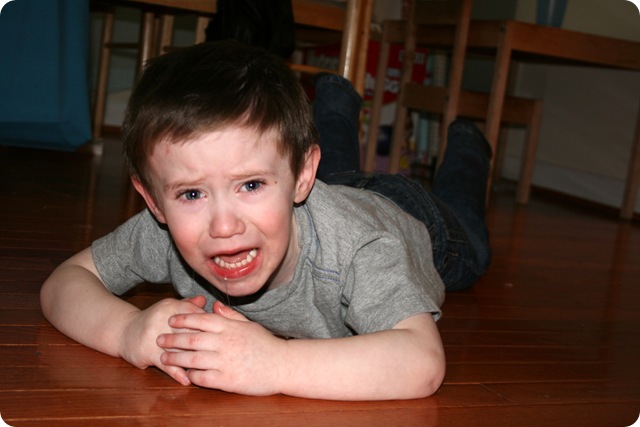 He threw himself on the ground and had a little tantrum after I wouldn’t let him have another bowl of Frosted Flakes. And the crying went on and on, so I just let him cry until he was done and then he was okay. He forgot about the Frosted Flakes and happily ate some goldfish crackers instead. 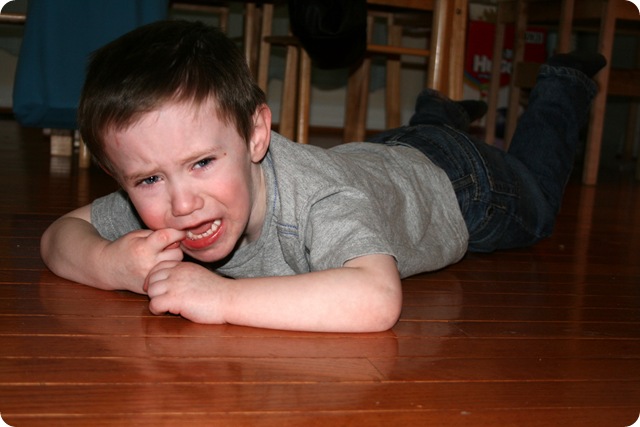 3 seems to be a tough age for Brendan, at least so far. Even though he’s getting better at telling me what he wants, he still puts up quite a fight when he doesn’t get it. It’s hard to reason with a three year old too. For example, Brendan doesn’t understand that when Chris is at work, he can’t play with him and I can’t magically make him appear. No matter  how many times I try to explain it, it doesn’t make a difference. He wants his dad and he’s angry that he’s not here. And his first reaction is to scream and cry and flop around on the floor. This age is definitely a learning experience for both of us- I’m learning how to deal with his tantrums and Brendan’s learning some limits. At least I hope he’s learning.