I only have 8 weeks left of this pregnancy… it’s very strange to write that because it seems like such a small number but September 19th seems so far away still- especially in this heat that we’ve been having here. Of course the summer that I’m pregnant has to be a record-breaking summer with temperatures in the 100’s far too often. This has been a hard summer so far. We’ve been trying to find things to do inside (since air conditioning is a must for me) and we’ve managed to tag-along to a pool with a friend a handful of times but it seems that the majority of the time we are just hanging out at home. Brendan has been anxious to play with his friends and get out to the park but it’s just too hot. Poor kid. I’m struggling to find activities to do with him to keep him entertained but hopefully the heat will back off a little so we can resume normal summer activities.

My parents came out at the end of June to visit with us and to help watch Brendan while I was supposed to be at Girls Camp. 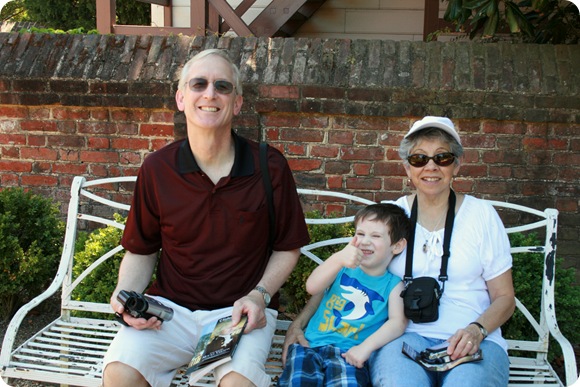 Unfortunately the night before I was supposed to leave for camp, I had horrible, intense pain in my stomach- which has turned out to be gallstones and am now on a lovely restricted diet (goodbye delicious fatty, greasy foods) for the rest of this pregnancy. I ended up missing most of camp since I was in and out of the doctor’s for tests and still in some pain- I had no idea gallstones could hurt so bad- and I was bummed that I couldn’t be there. I’m glad my parents were here to help out though since Chris and I were in urgent care that first night for about 3 hours until 1:00am. It would have been even worse if we had had to drag Brendan out of bed and sit around the doctor’s office all night with a cranky three year old. Thanks, Mom and Dad. 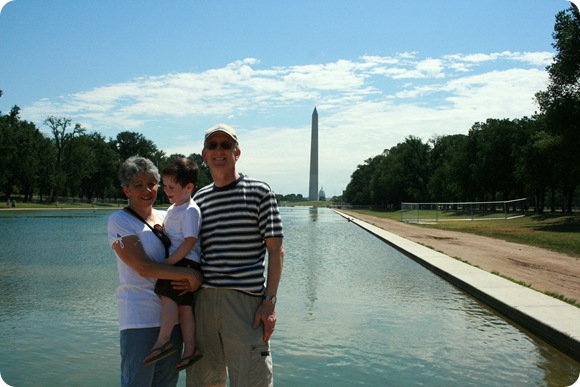 We did get to do a few touristy things with them while they were here luckily. We hit up DC (again it was so stinkin’ hot) and got to see some of the sights. 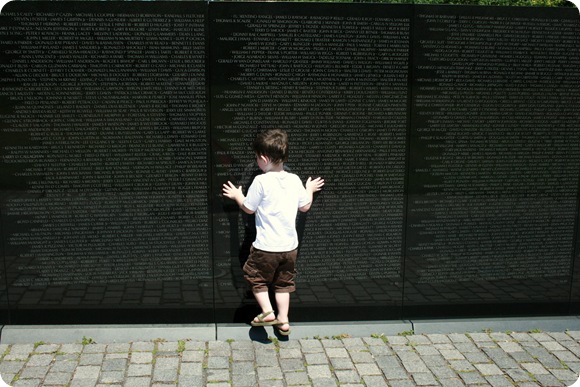 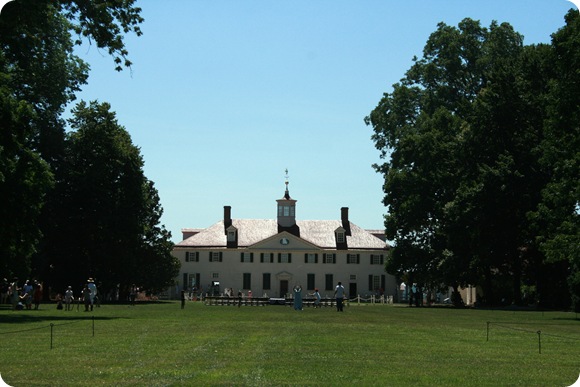 We even ventured out to Mt Vernon the Saturday before they left. We hadn’t visited there yet so it was a new adventure for all of us and it turned out to be pretty cool. 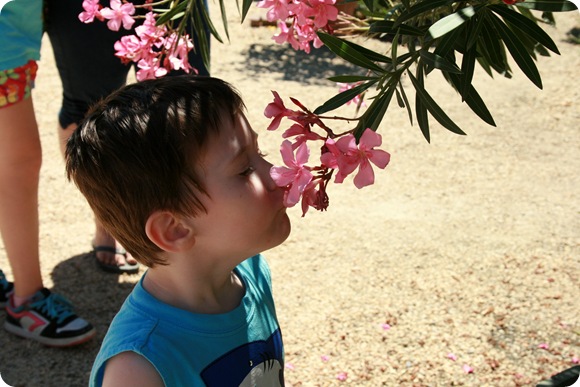 The grounds and gardens were amazingly beautiful, which I probably would have enjoyed even more if it hadn’t been so hot. But it was well worth it and I’m glad that we could go with my parents. 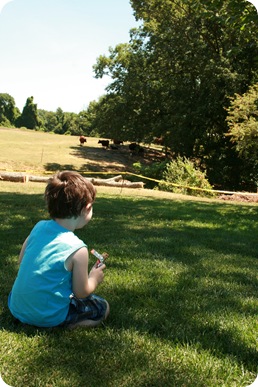 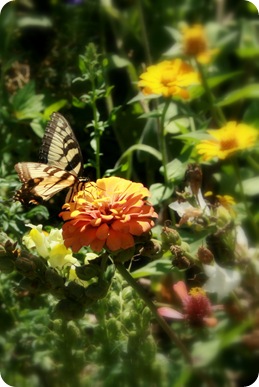 Their visit seemed way too short though and Brendan was so sad to see them leave. The day after they left, he asked if we could go to Grampy and Grammy’s house and cried when I said “not today” (an answer he gets quite often from me these days). I know he’s looking forward to seeing them again soon shortly after his baby brother is born.

Speaking of his baby brother, I still haven’t done much to prepare for this baby, including deciding on a name. Chris and I have very different tastes in names and boy names just seem to be hard for us. Chris is still rooting for Baxter but I don’t think it’s going to happen. It’s starting to stress me out that we don’t have a name chosen now that the clock is ticking. I also haven’t done much to get the nursery ready either. No bedding picked out, no furniture bought, and no clothes purchased (sort of). In general, I’ve done a shockingly small amount of shopping for this baby, which is very odd for me. In short, the only thing I’ve done is sort through Brendan’s baby clothes to see what will work for baby #2 and my mom ended up washing most of them for me since I only got as far as throwing them in a pile in the nursery. I probably wouldn’t have done it yet if it weren’t for her. We’ve got a ton to do in a short amount of time now and I’ve starting keeping a list of everything I’ve got to accomplish, which is stressing me out even more when I look at it or add three new things to it. Add to that the fact that I’m not sleeping well, I feel gianormous, I’m sweaty all of the time because of the heat, I’ve got KILLER heartburn, and I’m exhausted from trying to deal with Brendan. Needless to say, I’m ready for this summer to be over and the baby to be here… if only I can get everything on my list checked off.

And then a pipe in our bathroom had to burst. It was not a fun way to be awoken at 6:30 in the morning to water gushing out the wall behind the toilet. Since it happened on the top floor, the water managed to flood our main floor and basement in areas where the water seeped down through the ceiling and walls. We were lucky enough to get it fixed that same day but went for most of the day with no running water and no air conditioning. It was not fun. I’m just glad that Chris was home when it happened and knew how to shut off the main water valve (something I now know!) and could work from home that day to help me out with the clean-up and watching after Brendan. Now we’re just waiting to get some walls and ceilings patched up, which is luckily the worst of the damage. 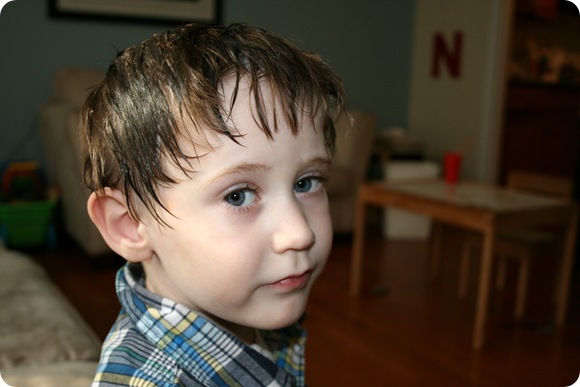 On a funnier note, here’s a picture of Brendan after he slathered half a jar of hair pomade onto his head. This just shows how attentive I am these days. He was so proud of himself for doing his “daddy hair”. He is still very much a daddy’s boy and wants to do everything his dad does, so in a way this was so sweet. 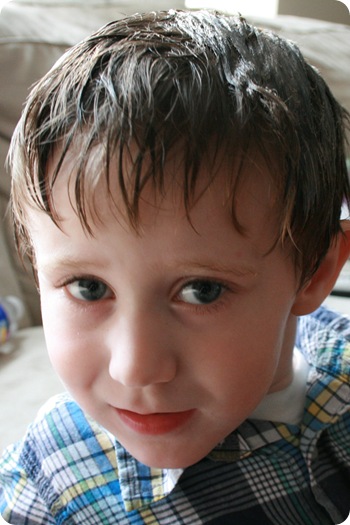 But it took a lot of shampoo to get it all out of his hair.

Some things that I forgot to post back in June 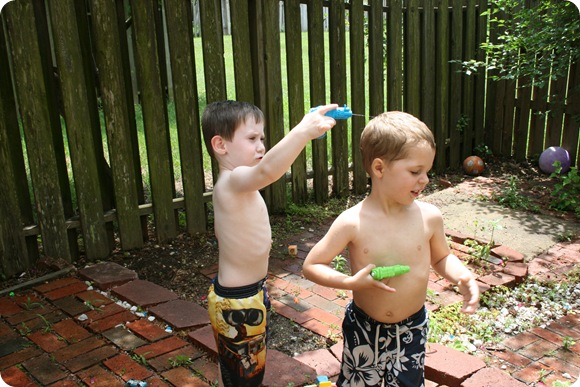 There’s no real reason for this post other than I realized I had some pictures I wanted to post that I had completely forgotten about- so here they are with minimal words. 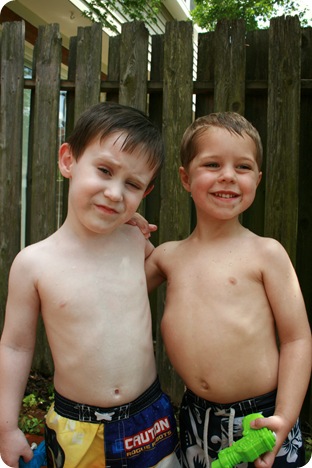 Enjoying water activities in our “yard” with his buddy. 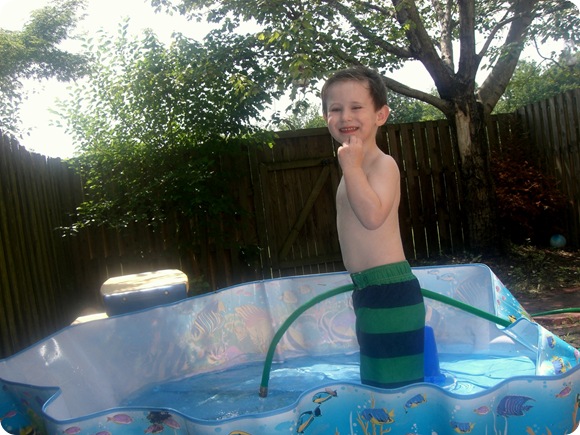 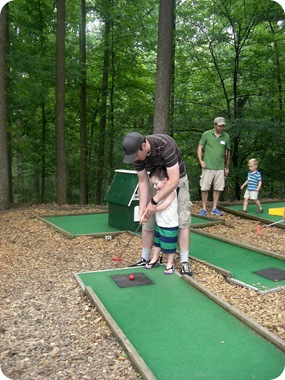 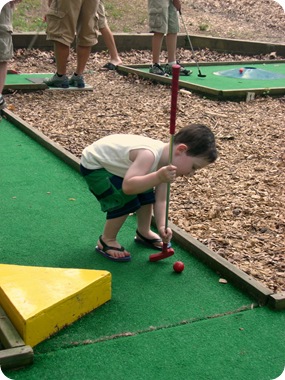 These were all taken at Chris’ work party. Brendan loved the mini golf! 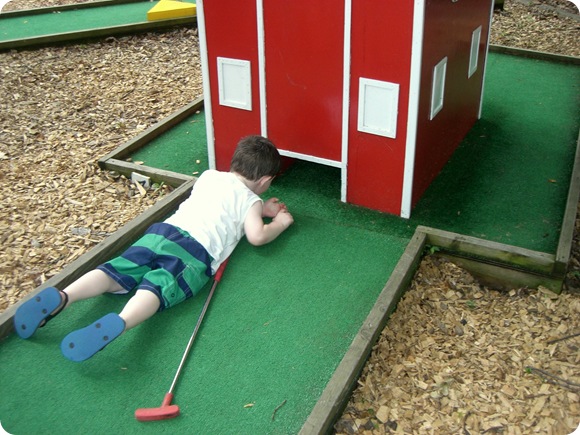 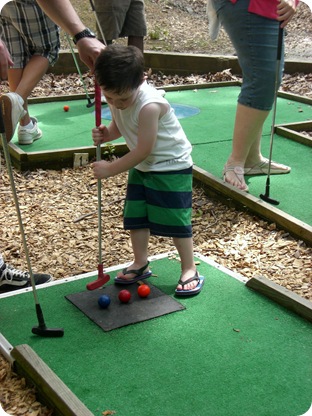 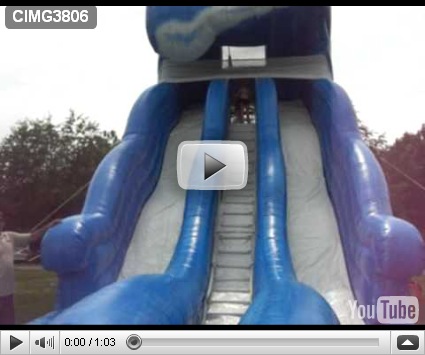 Brendan going down a waterslide

They had a giant waterslide for the kids to enjoy and Brendan gave it a go. He almost chickened out when he got to the top but luckily there was a little girl behind him to tell him to go down, and so he did. I think it scared him more than anything and he decided that once was enough. 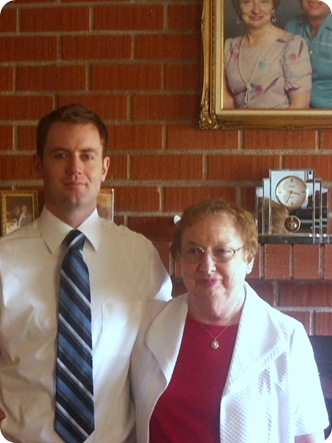 Back in the end of May, Chris’ grandma also got baptized and he’s neglected to do a post so I thought I’d at least include a photo from the few that he took. We’re so thrilled that Pumpkin made the decision to be baptized and Chris has promised that he’ll devote a post to that weekend very soon.

Summer is going by fast luckily and I’m already at 29 weeks! Here’s to hoping that the weather cools down some (yeah right).