First, I have a video to share that I thought were cute and would make up for my lack of posting and lack of photos. Warning though, no one but our family may be interested in these though. It's' not super exciting but it is cute (in my very unbiased opinion).

This is a little clip of Alex talking, which I find hilarious. He's really into "talking" lately and loves to babble at me in his own sweet, incoherent way with a few real words thrown in for good measure. I love hearing him talk and it never fails to make me laugh and smile. I love this stage that he's in right now.

I do have another video to share but for some reason, blogger isn't letting me upload it so I'm trying out Vimeo to see if that works. I love this video because it captures perfectly how Alex loves to do anything and everything that Brendan does. I love that Alex already worships his older brother. Melts my heart, it does.

The Boys from Valerie Near on Vimeo.

Other than that, I don't have much to share. We're getting ready for school to start soon and have been busy going to doctors and going shopping and trying to have some last minute summer fun. I could do without the doctor part but it is what it is. My health hasn't been the best lately with my gallbladder somehow managing to bother me even though it's been removed. 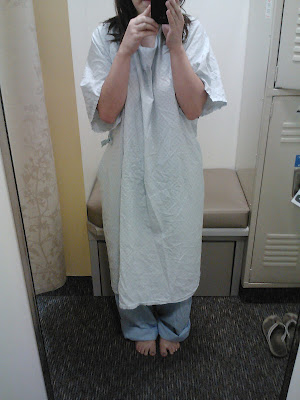 Here's a crappy cell phone photo of me getting ready to go in and get an MRI done. Good news is that the results were totally normal... which is great except I have no idea why I was in so much pain. I'm seeing a gastroenterologist to see if he can figure out what's going on with me.

That's about it. Hope you enjoyed the videos!

You can run, you can hide but you can't escape 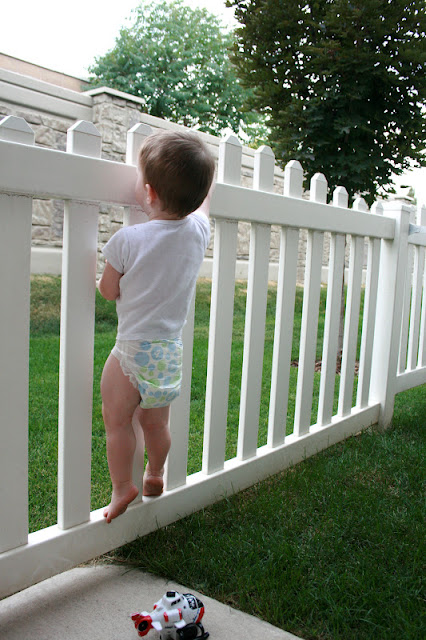 Thank goodness we have a fence for our (tiny) yard or else Alex might be the terror of the neighborhood. He's a hard one right now. The boy is really good at pushing me to the edge of insanity so I often let him play out in our ridiculously small yard to blow off some steam so I can get a tiny break. If it wasn't fenced, Alex would have no problem taking off and running away. As it is, he tries every single day to climb over the fence. 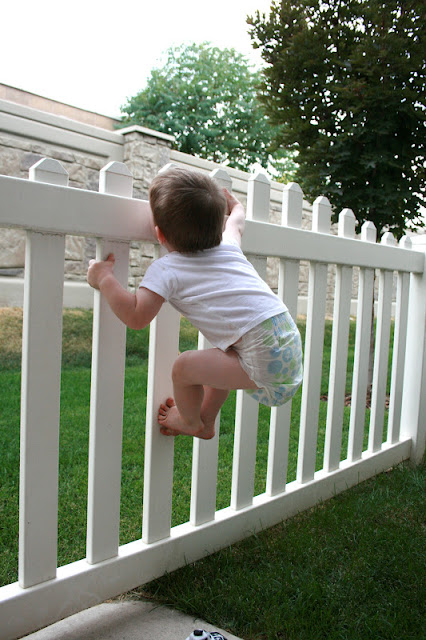 He's so close but he can't quite make it over- THANK GOODNESS. 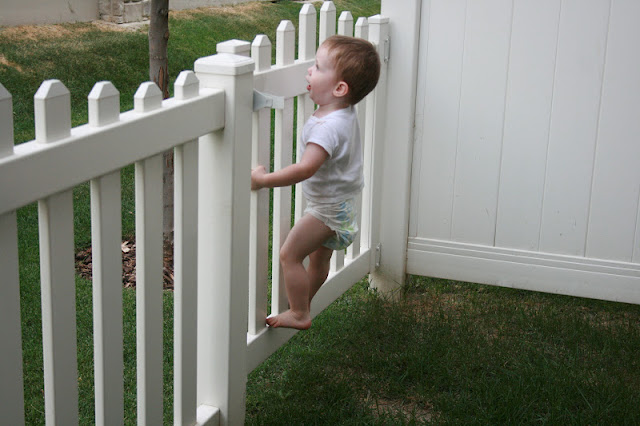 But that doesn't stop him from trying. He even tests it out in different spots just to make sure he can't get over. 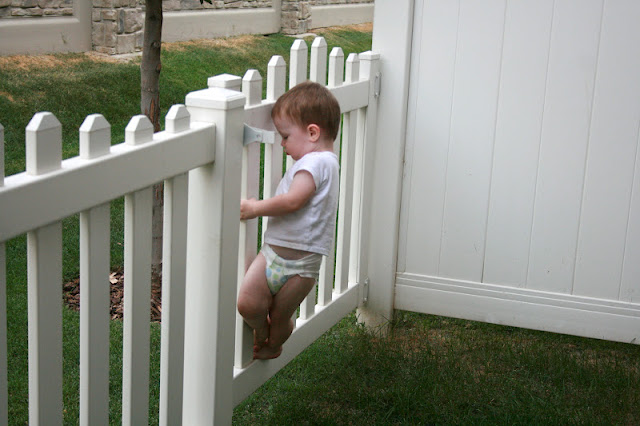 Here, he was trying to see if he could squeeze through the slats. No luck there either, bud. 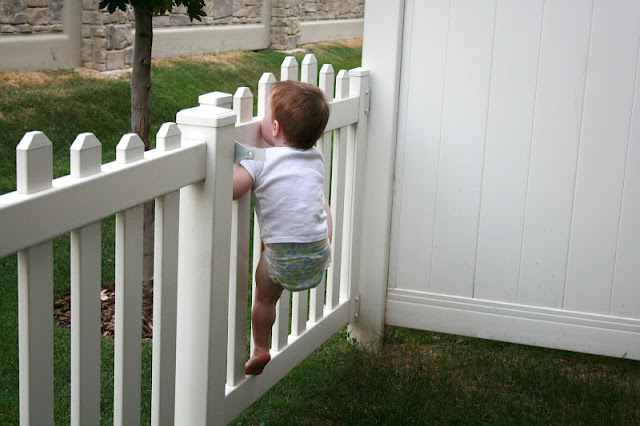 This kid kills me. In a good way and a bad way. I had forgotten how frustrating and exhausting it is to have an almost 2 year old (I can't believe he'll be 2 in about a month!!!). I definitely have a lot of moments when I think we're done having kids because I don't know if I can handle much more right now. But then Alex is so sweet and adorable and so much like a little boy right now, that I miss that baby stage. I guess there's still hope for a Near girl. :)
Posted by Valerie at 8:00 AM 1 comment:

It's all happening at the zoo

We recently checked out the Hogle Zoo, once just the three of us and another time with my freshman year roomie and her family. The boys really loved the zoo despite the fact that Alex was a little freaked out by some of the animals. 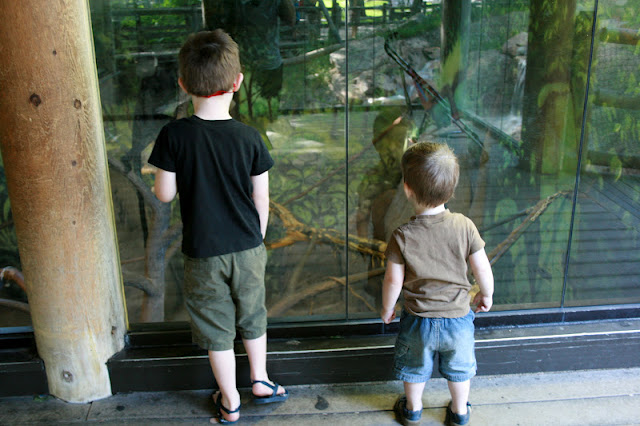 Alex and Brendan liked the monkey's a lot but their big gorilla was a little too much for Alex. He was fine until the gorilla started to move and then the tears came. Poor boy. 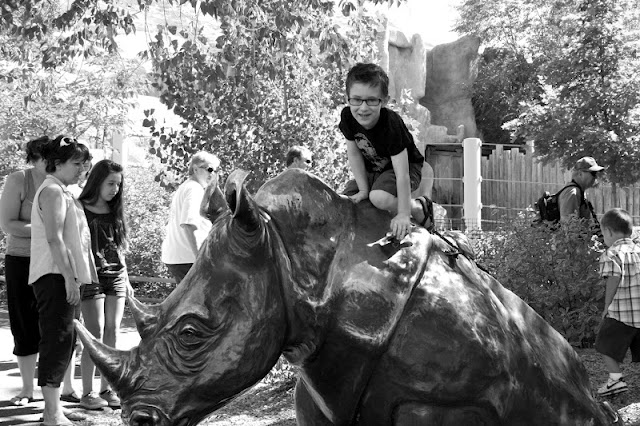 Brendan was more interested in climbing on the animal statues and rocks around the zoo than the actual animals a lot of the time. Typical. 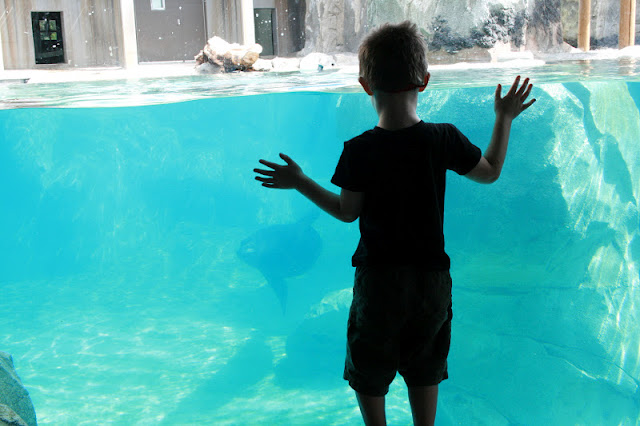 The seals and the polar bear were my favorite. So cool. 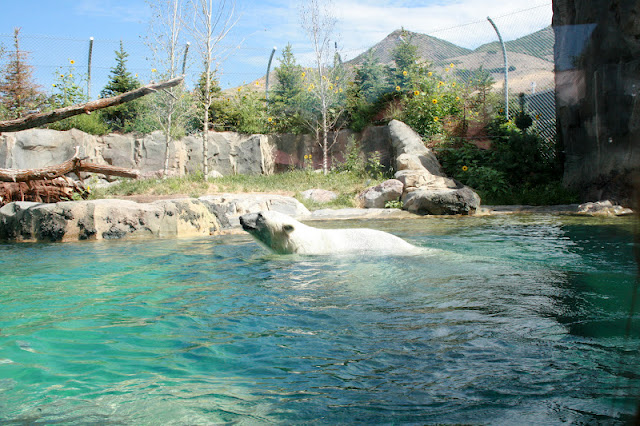 Brendan was upset because he thought he would get to swim with the polar bear. 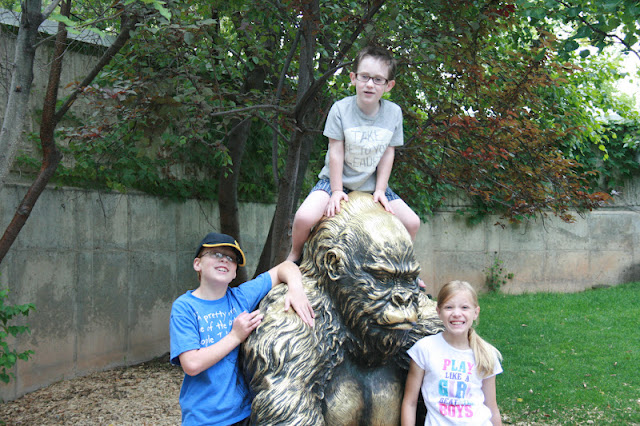 Brendan has a new BFF- my friend's little brother Isaac. Seriously, Brendan was a little smitten with him and it was so totally cute. The twins were such a big help with our kids too. I wish I could take them everywhere with me! 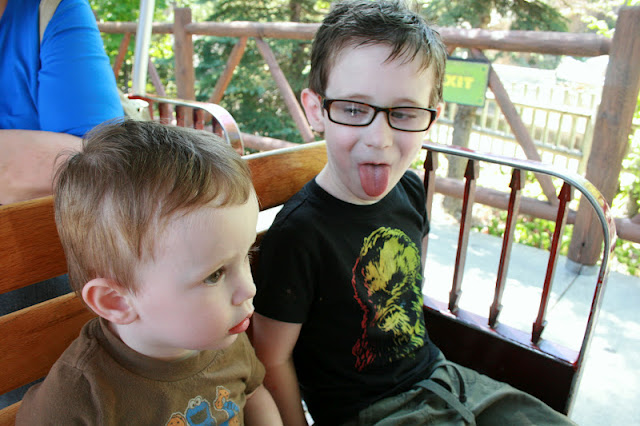 By far, the biggest hit with the boys was the train ride (Alex is obsessed with trains right now) and the carousel. 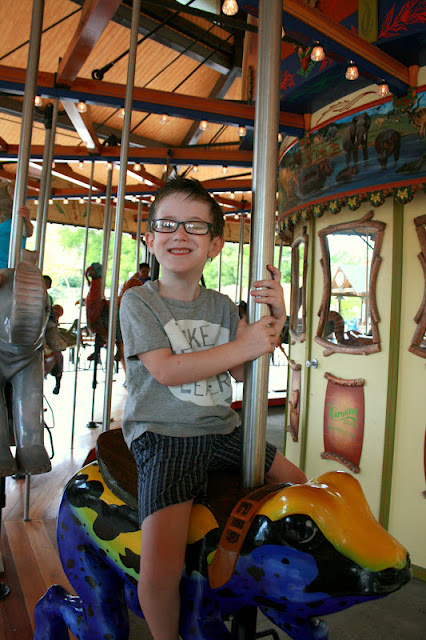 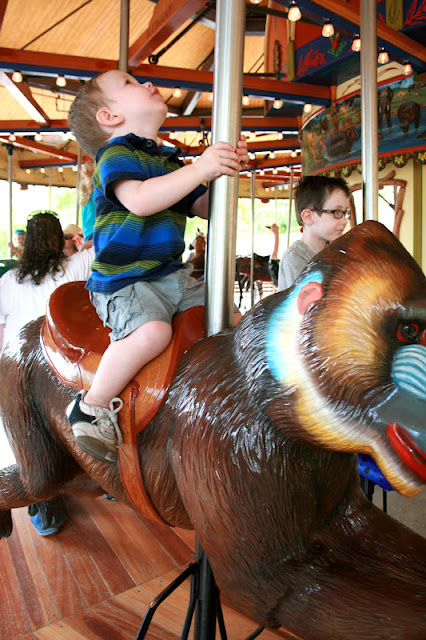 It was hard trying to get a picture of Alex on the carousel because he was so interested in it. He wouldn't look at me and the one time he did, it was so quick he's a little blurry. 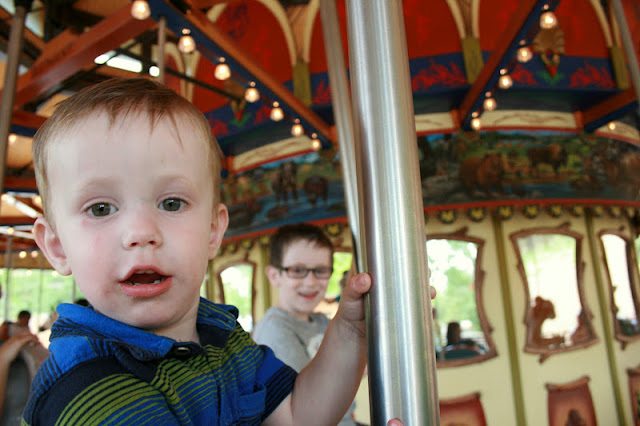 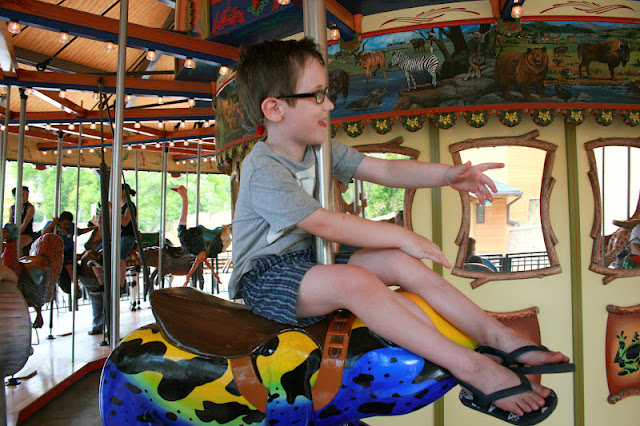 Brendan loved it too but not as much as Alex. Alex screamed (of course) once it was time to get off and I may have had to drag him away from it a little bit. But an overpriced icee helped to distract them so we could move on. The zoo also has a cool playground for the kids and they both had a blast running around and being crazy before we headed home.

A big thanks to Lindsay for letting us tag along and hopefully we can go back again soon. It was fun for the kids and awesome for me to get to spend some time with a friend that I hadn't seen for a couple of years.