Who knew that one day this girl 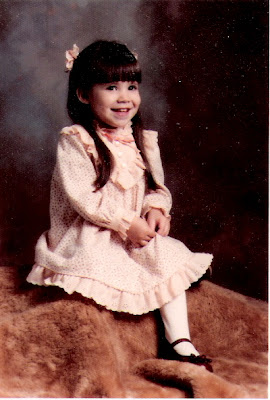 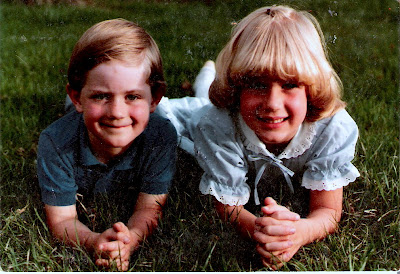 would end up here? 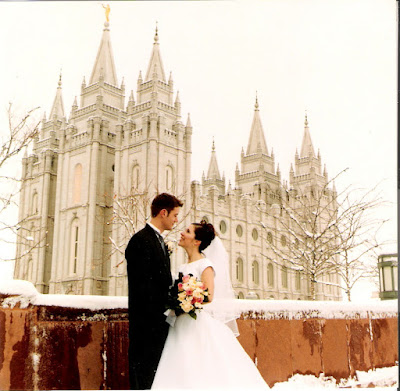 Happy anniversary to the best husband in the whole entire world! 10 years has flown by and it's been a wild but amazing ride so far. 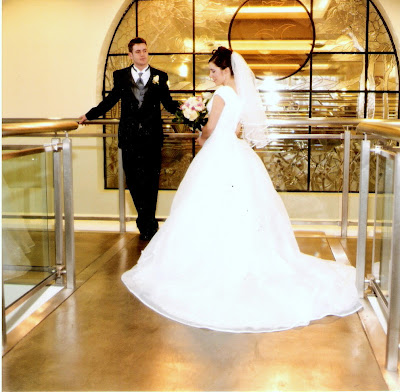 I can't wait to see what the future holds for us!
Posted by Valerie at 9:22 AM 3 comments: 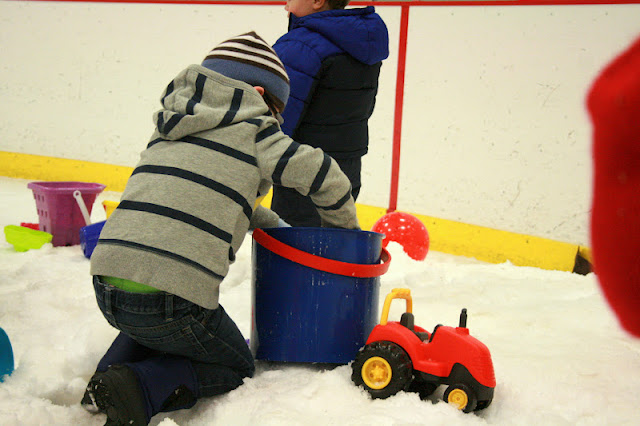 For a preschool activity, the kids got to go to a local ice rink and play around with some "snow" and toys on the ice. This was a real treat indeed since we've had zero snow this winter. Brendan happily spent most of his time in the "snow" packing buckets full of shaved ice. 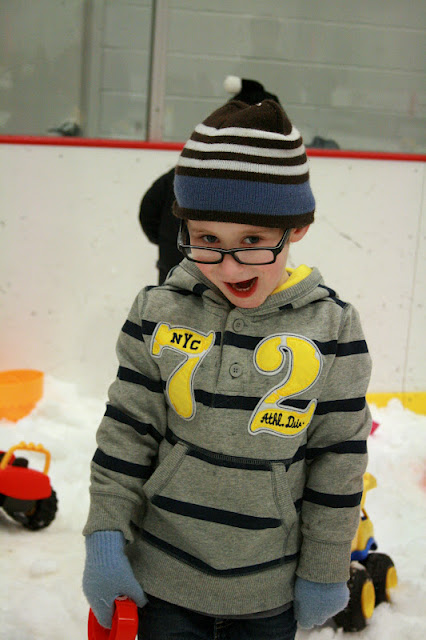 He was having so much fun until he was running around and fell, which caused a lot of tears and a new hole in the knee of his jeans. Why must every pair of his pants get holes in the jeans?! 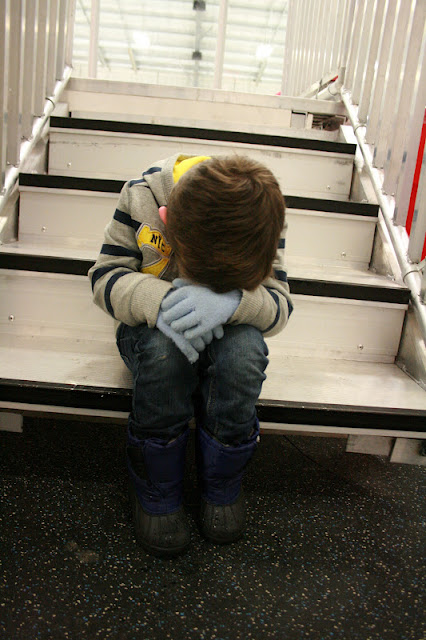 Poor boy was so upset after his fall that we had to take a break from playing so he could get the tears out of his system and calm down. 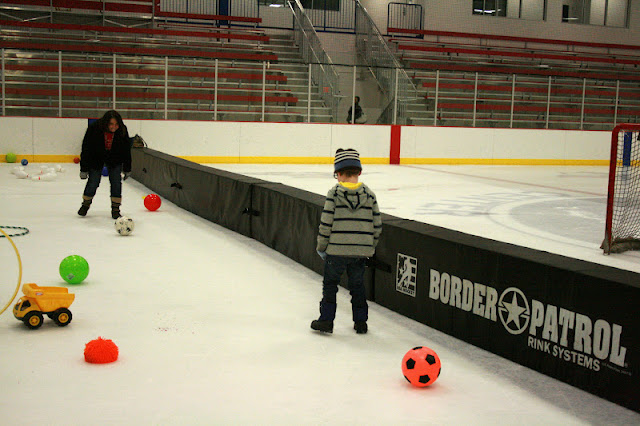 But after that, he was happy to get back to playing. He even played some ice soccer with his teacher, Mrs, Endy. I love Mrs. Endy. She's so great with the kids and Brendan adores her too. 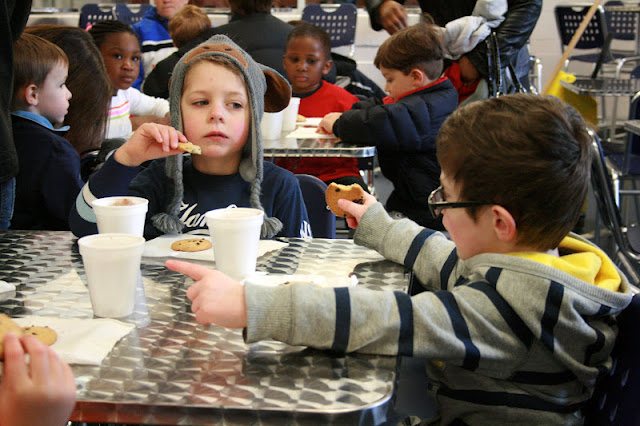 After freezing ourselves out on the ice, we got to head back for some hot chocolate and cookies. 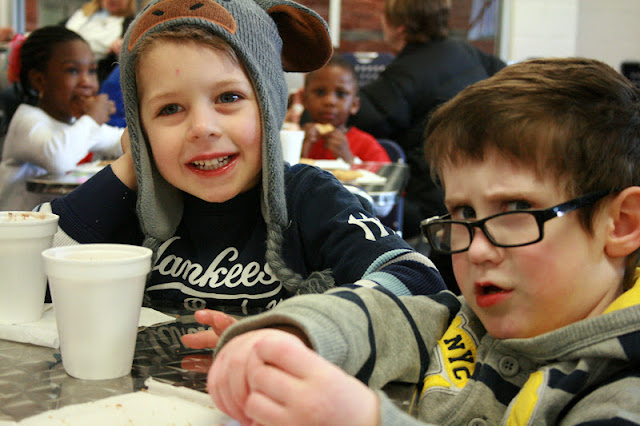 Brendan declared that he does not like hot chocolate (what?????!!!!) so I drank it instead while he ate his cookies. 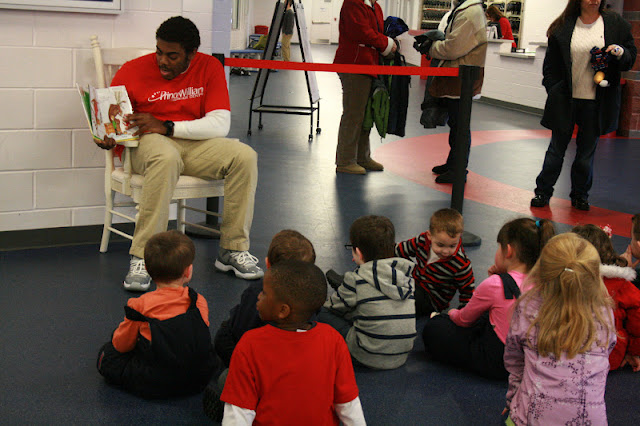 And after that the kids got to hear the worst story time ever. Seriously, that guy could barely read. It's amazing that the kids were quiet and sat through it- I think they were too worn out from their playing to do much else though.

But it was a fun activity and I'm glad the preschool put this together. If it weren't for preschool, Brendan would probably be bored out of his mind. I'm worried about this summer- what am I going to do with this kid to keep him entertained?!
Posted by Valerie at 8:50 AM 2 comments:

Since it's snowing outside right now...

I thought I would post about some warm weather we've had recently. We've had an unseasonably warm winter with no snow but I won't complain too much since I hate winter and I've been loving the warm days we've been having. 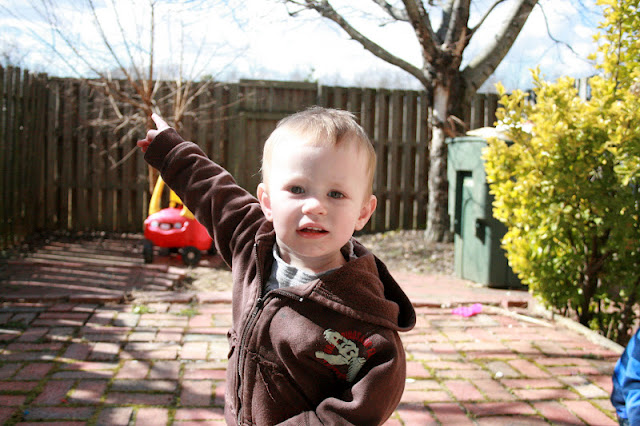 Alex loves it too. He wants to be outside all the time but our brick backyard isn't really the most child-friendly so we don't go out there as much as he wants. 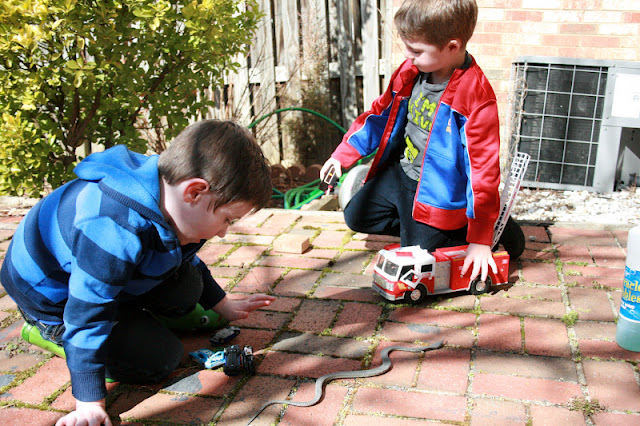 Brendan and his buddy Josh had fun playing too. Too bad everybody got scared off by the giant bees that are back yet again this year. I HATE those bees. 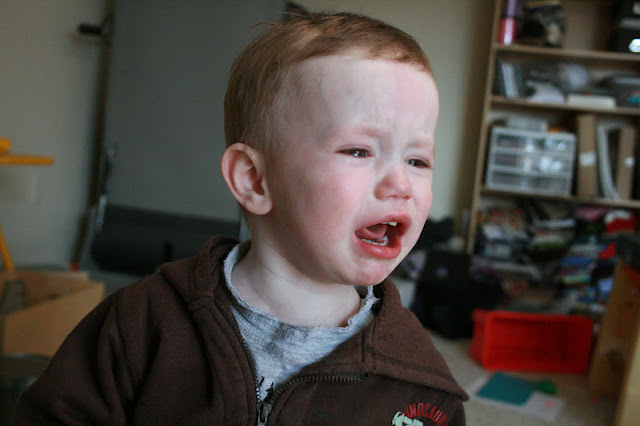 Alex did not appreciate that his playtime was cut short. 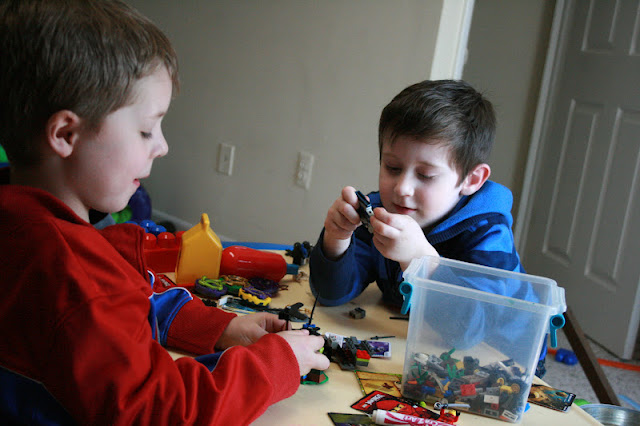 The older boys distracted themselves with Lego's while Alex found a box of markers and proceeded to color on my walls and clothes. 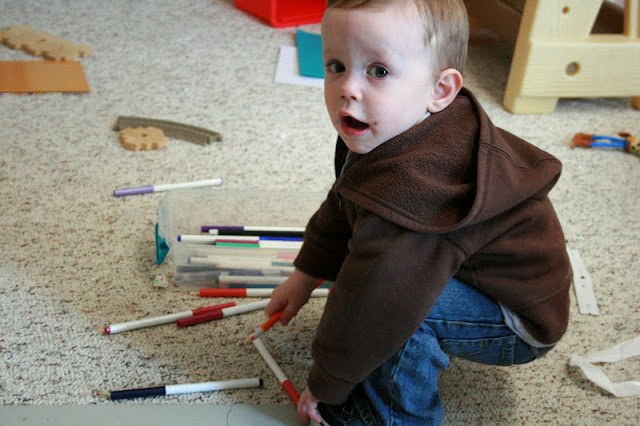 Luckily, we did go back outside once the bees headed off to harass someone else's yard and everyone was happy again. It was even warm enough to give the boys popsicles! I'm so looking forward to this Spring and Summer!
Posted by Valerie at 8:34 AM No comments: