I actually remembered to bring my camera to Brendan's soccer game this weekend and managed to get a few good shots.

Here he is getting ready for the kick-off. It's been so fun to see how excited he gets about soccer. This morning he woke up at 7:30 and got dressed in his soccer uniform before he came out of his room, shin guards and all. My heart melted at the sight. 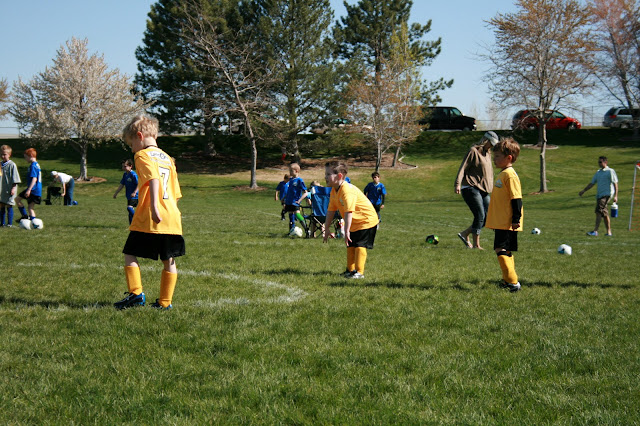 Love my little #5. He got some really good kicks in this game. 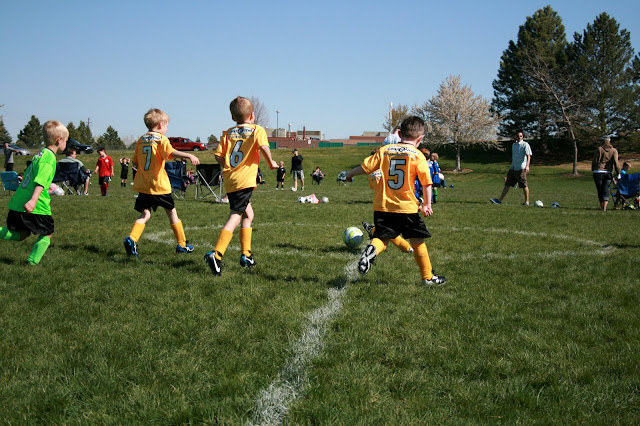 Most of the time though, it was just a pack of 5 and 6 year olds around the ball. It's so funny and cute at the same time. 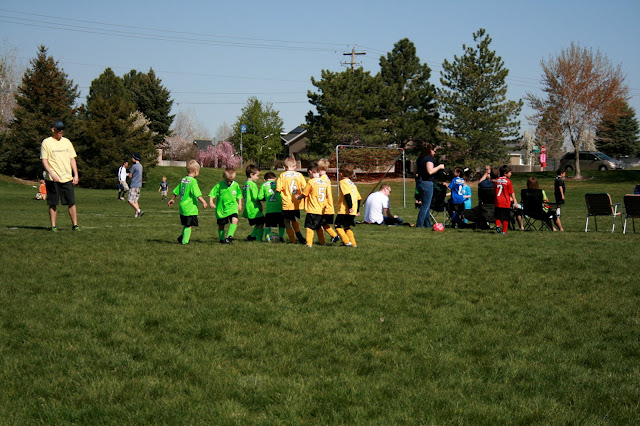 Towards the end, he was a little distracted though and was often seen picking handfuls of grass and throwing them at his friend. Or wiggling like crazy. I don't know if you can tell in the photos but he was wiggling his whole body while waiting for the other team to kick the ball. That's my Brendan. 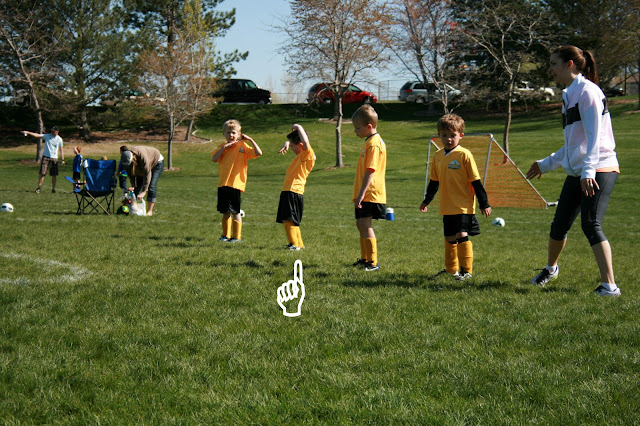 He also got to thrown in the ball and made the perfect throw for his teammate. He's got a really good team and the Golden Ninja Bees won again! 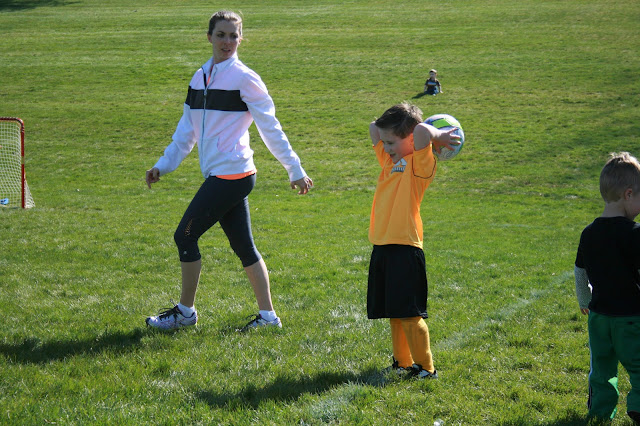 Alex spent most of the time running up and down the big hill at the park. I don't know how he has so much energy. 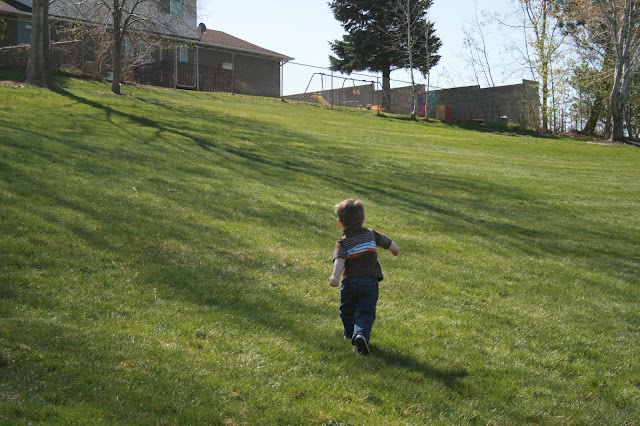 And then he played with sticks. 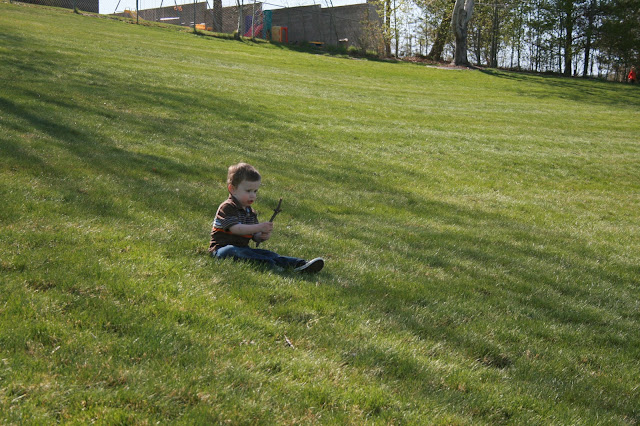 And did some yoga. This boy cracks me up. 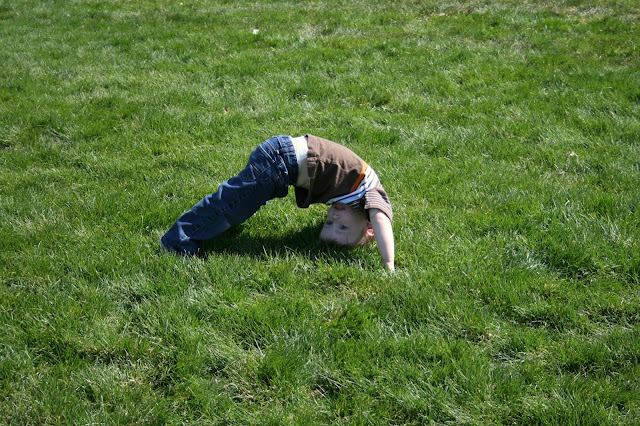 It was the most beautiful day today and there was nowhere else I'd rather have been Saturday morning. I'm loving this experience since this is the first time we've put Brendan in a sport. It's great to see him make friends, find new talents and enjoy trying something new. Alex is so jealous of Brendan so I think we've got another soccer fan in the works too.
Posted by Valerie at 7:37 PM