A short weekend in Colorado

A couple weeks ago, we spent a weekend in Colorado to visit Chris's parents and also his Grandma who was in town from Michigan. We hadn't seen her in several years and this was Alex's first time meeting her so I'm so glad that we got a chance to go out. 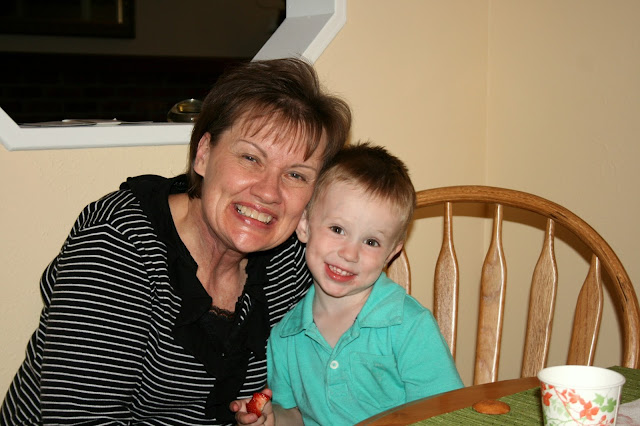 (I think this is my favorite picture from the entire weekend. My Alex is such a sweet boy and he just loved being at Grandma and Grandpa's.)

While there, we got to do all sorts of fun things but I only have a pictures of a few things because I was mostly enjoying myself and didn't have my camera out. We visited the Denver Aquarium, which was a first for me. It was amazing and the boys loved it (including Chris)! 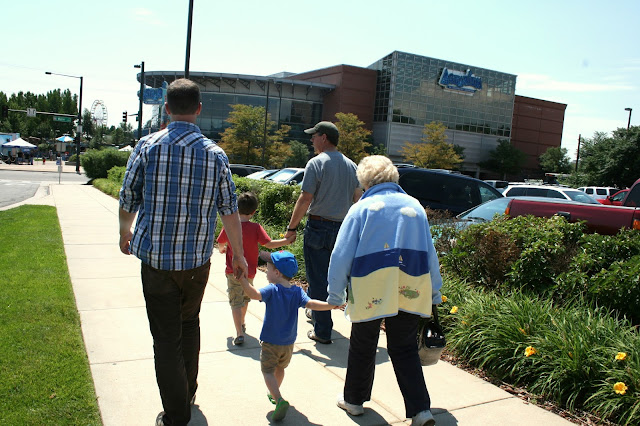 I love them all holding hands. So cute. 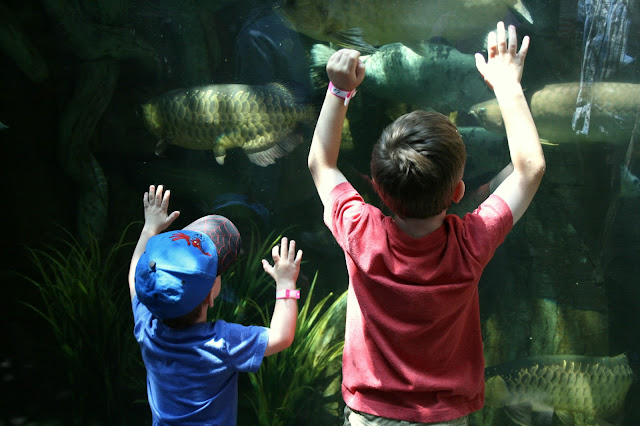 My boys were so into the fish. Basically 98% of my pictures from our visit are like this- the two of them smushed up against the glass, trying to get as close as possible. 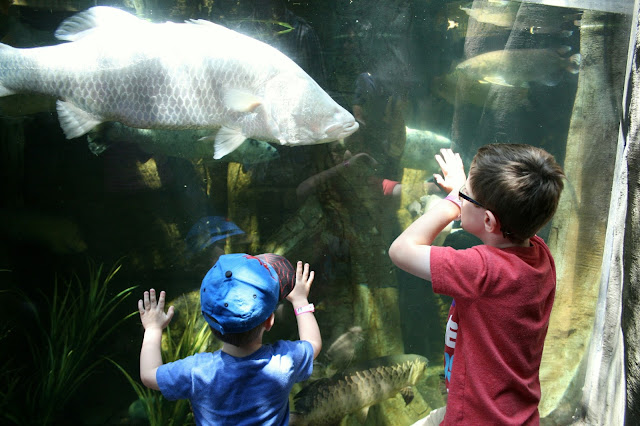 This fish was cool because he only had one eye. The left one was missing and they were fascinated by this. 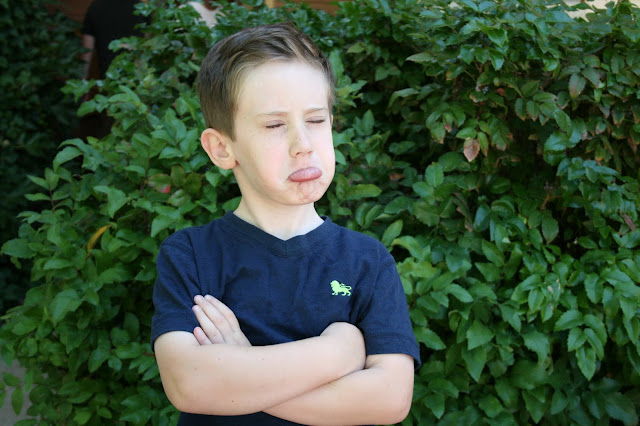 This picture just cracks me up because Brendan so did not want his picture taken as evidenced by his pouty face. That lip! We went to a nearby park to feed the ducks, something that Alex was asking to do every time we drove by. Grandpa was nice enough to indulge him and the boys loved it. And so did the ducks.

But this was what Brendan was really looking forward to- 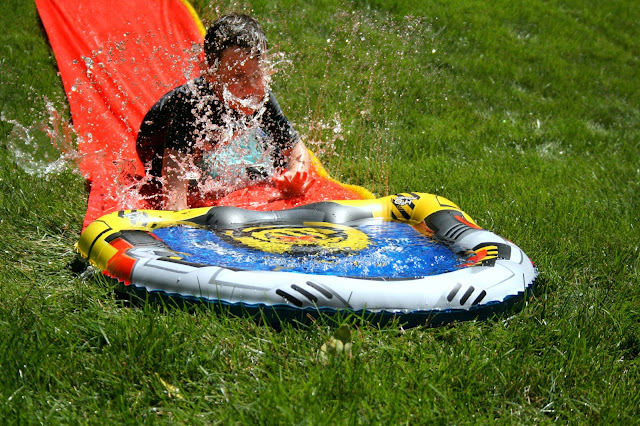 The famed slip-n-slide at Grandma's house. He could have spent all day out there on that thing. 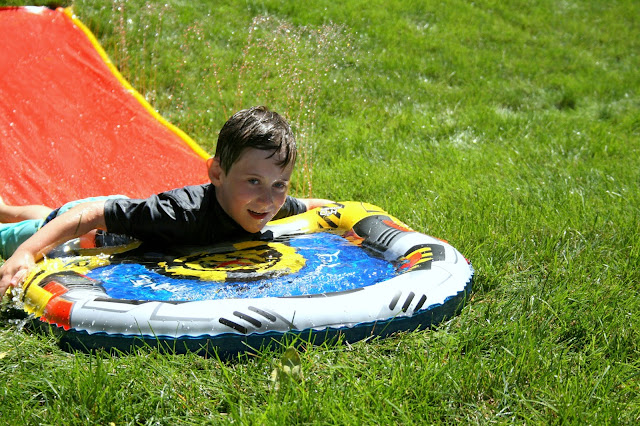 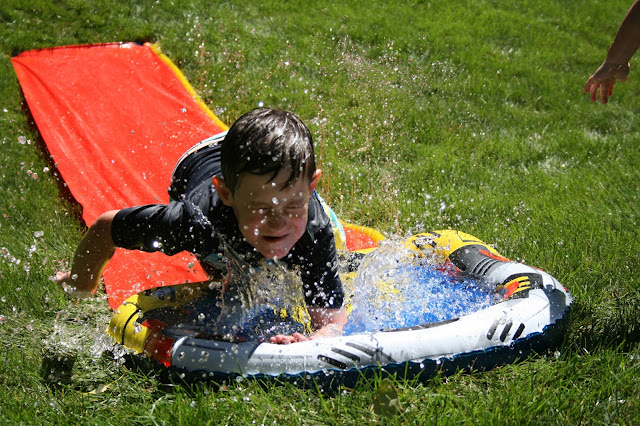 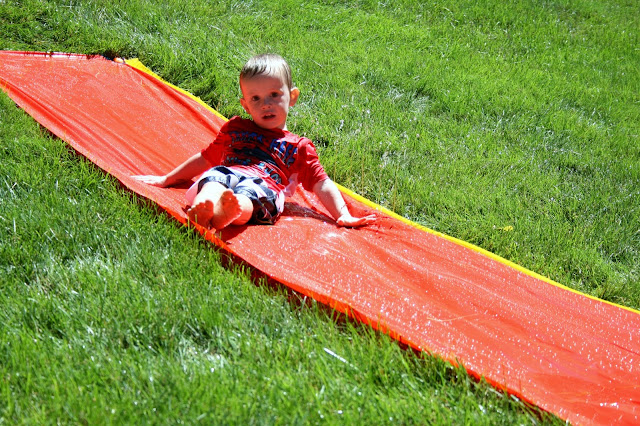